Well, people, it’s all over.

The Neil Lane rock has been selected. The final rose has been accepted. The question has been popped. Guess it’s time for us to pack it in and go home, right?

Two hours of finale romance just isn’t enough. ABC now has to prove that this wasn’t all just some reality TV sham and thus, they’ve given us the After the Final Rose special, conveniently aired right after the actual finale. We always enjoy this bonus hour of Chris Harrison and co., so naturally it deserves its own recap.

See, America? It WAS dramatic! We weren’t misled, he delivered! Did you doubt him? Well, the joke is on you! Na ni na ni boo boo, CHRIS HARRISON WAS RIGHT. 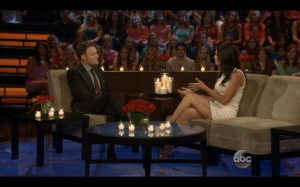 We really hope Des is careful when she’s flashing that diamond ring around. The thing practically blinded us through the TV screen. Be careful taking that thing out in daylight, Des. One flick of the hand and you’re inadvertently blinding someone driving a car or something and spiraling into a crash on the interstate. That thing should come with a disclaimer.

Chris has a million questions for Brooks.

Oh, and Des might have questions too. Our personal favorite was when Brooks was asked if he had any regrets. He tried to pull an answer out of his bum, but we could all see that he really doesn’t have any regrets at all. Basically, Chris Harrison wanted him to admit that the decision keeps him up at night, but nope. Brooks sleeps juuuuuuust fine. 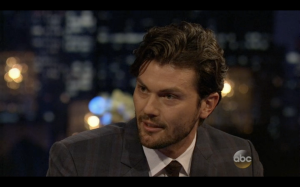 Oh, really Des? We’re sure he missed that massive rock on your hand. Brooks evidently didn’t watch the last part of the finale. We think that this is because he was too busy confronting Lesley Murphy for calling him a douchelord on Twitter. When we heard about his exchange with Lesley, we could think of only one thing and it is this: “Oh, Brooks. Please don’t hurt us. We say a lot of things we don’t mean and we’ll take it back! We promise. WE’LL TAKE IT ALL BACK.” (Just kidding. The Burn Book regrets nothing.)

Breakup Town is a thing, apparently. He knew they were going there and he just couldn’t stop it.  We move that Breakup Town is added to the map of Bachelor World and becomes a stop on all future Bachelor(ette) road trips like the one Des took earlier in the season. They must use this map and they must add the destination in Century Gothic font. It is written (here and on the map).

After a dozen blissful weeks of having Drew on our TV screens every Monday, we bid him goodbye for good. We’ll miss you, Drew. We’ll miss you a lot. In mourning, we present our Drew Tribute. 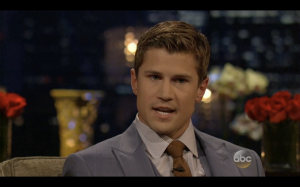 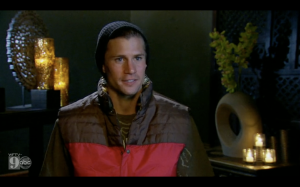 Ahhhh, the intimacy of The Bachelorette.

Anyway, they watch their proposal in this intimate setting and everyone’s crying and we’re even crying again even though we just saw this 30 minutes ago. Whatevs. This is a Top Five reason why we watch the show.

“Roses are red, violets are blue, against America’s wishes, I wrote a poem for you.” — Chris

They can hang the poem in their new place because, SPOILER ALERT! Des is moving to Seattle! Let us know where to send the housewarming gift, guys. It’s the fertility vase from the Ndebele Tribe and a box of Kalteen bars. No need to thank us. We’re just nice like that.

And the new Bachelor is…

JUAN PABLO. Words aren’t needed because we’re A) speechless and B) still deaf from hearing the collective scream of every woman in America on Monday night. Here are pictures of audience members losing their shit over this announcement: 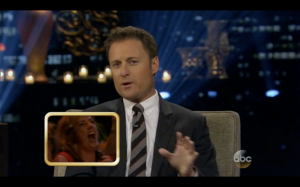 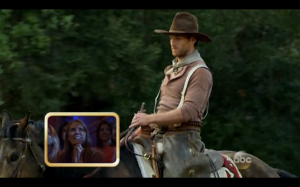 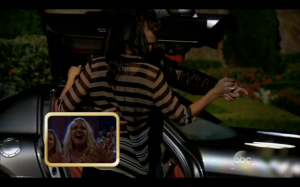 Is there any creature that DOESN’T love Juan Pablo? Why yes. There is. This lady:

These seagulls aren’t too fond of him either. When he gets too close, they fly away.

Then, they bring Juan Pablo out and show this poor guy in the audience behind him.

Hey, buddy, were you dragged here against your will? Did you come voluntarily? Hopefully, it wasn’t your girlfriend that called dibs on Juan Pablo, ‘cause that would be awkward. 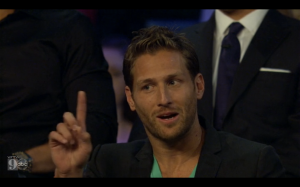 Juan Pablo is the Oprah of hugs.

Everyone got one at the end of this episode. Juan Pablo gives out hugs like they’re going out of style. Kind of like this hat: 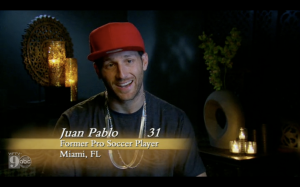 Anyway, we now have five months to prepare ourselves for a season of Juan Pablo. Is it January yet?